Is Python* Almost as Fast as Native Code? Believe It!

Is Python* Almost as Fast as Native Code? Believe It!

One of the biggest draws to Python* is that it’s easy to learn and use. But it’s also notorious for being too slow for high-performance, compute-intensive applications. Intel® Distribution for Python* (FREE) addresses these fundamental performance challenges, delivering the speed of compiled languages with full optimization for a wide range of Intel® processors.

Watch now to see Intel Distribution for Python in action, taking an application to the next level of performance using native libraries, performance analysis, and optimization of Python/C/C++ code. 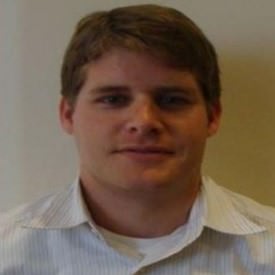 Nathan joined the Technical Computing, Analyzers and Runtimes (TCAR) group in 2017 as a technical consulting engineer (TCE). His role is to help drive customer engagements for Python as well as Intel’s libraries, leveraging the synergies between Python and MKL. Before joining the TCAR team, Nathan spent 3 years in the processor development side of Intel where he was a ML practitioner in the defects division, identifying and predicting failure areas in the coming generations of Intel processor. Nathan has a PhD in physical chemistry from Northwestern University, where he worked on nanoscale lithography of metal wave-guides for amplification of laser-initiated vibrational signal in small molecules